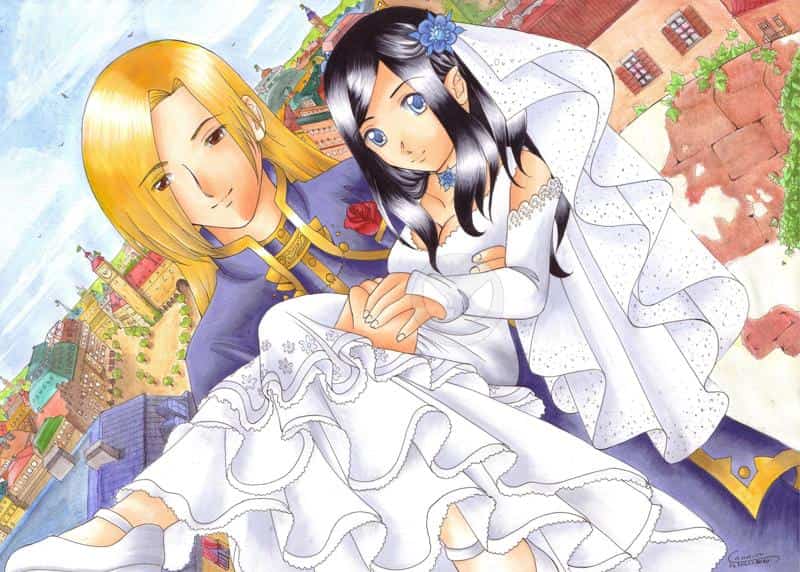 cannira
18.05.2007
Translation
So finally I upload this picture ^^
For a long time I annoyed Beli and Kuro with the picture. Only Aris and I knew what was on it and (now about the title) therefore I named the picture potato soup (by the way: on the evening I painted that, it was dinner ^^). And whenever Aris and I had to talk about it, or when I sent him the free version of the picture, we talked about potato soup ^^
Well, at least they were surprised when the picture appeared in a DSA adventure that was mastered by Aris and me. But at the very end ^^
The two who can be seen in the picture are my wood elf Fina and Aris' gray magician Damian. And as you can imagine from the picture, the two have been married since the end of this adventure ^^
But now to the picture itself ^^
I colored the foreground with my beloved Copics <3 and for the background I borrowed the watercolor paint box from my dear Kurotobi. And now I know one thing. I don't intend to paint another city as a background in the foreseeable future that took more time than the foreground ^^
The total time I have used is about 12 hours.
A copic died, he rested in peace (if not refilled). ^^
I hope you like it ^^
Tags
eigene-serie 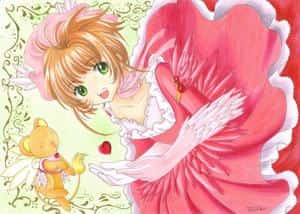 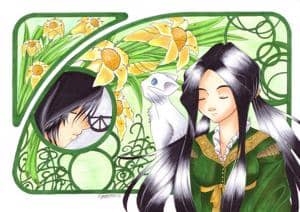 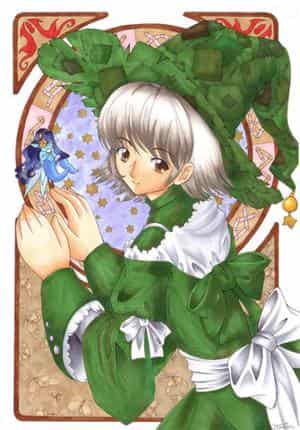 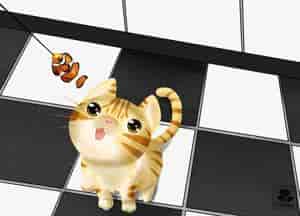 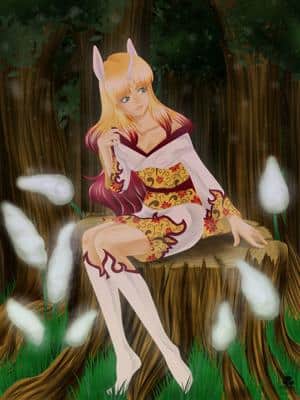 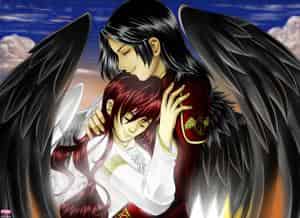