Viviane-ch
4
Description
14.12.2007
Translation
Urania Verlag, specializing in card decks of all kinds, has published a manga style tarot for which I was allowed to draw the illustrations.

A total of 78 cards, phew! That was a lot of work. Fortunately, I didn't run out of ideas. ^^
The translations of the English names are on the edge of the card.

I gave the large arcana (subdivision of the cards) a golden frame, as it stands above the four small arcanas (goblets = blue, swords = yellow, rods = red and pentacles = green). Each card has its individual meaning, which I tried to bring into the pictures.
Instead of making the cards motley, I decided to use only four colors (wine red, bottle green, light yellow, dark gray-blue), which I mixed together (rarely with black). It should be reminiscent of old prints, which is why I kept the colors not too bright, but kept them over the entire surface and decorated some with patterns. For this, the lines are drawn very strongly with a very soft, small pen. Due to the strong variation of the line thickness, the drawing appears lively and the figures stand out.
Models of style and motifs were mainly Kaori Yuki and the epochs of the past centuries.

For the frame I chose the Art Deco style. I had considered designing a baroque or Victorian frame, but quickly discarded it as it would just have looked too old-fashioned. Art Deco did not emerge until the 1910s / 20s. That is why it is characterized by expressionistic and dynamic forms. So this style combines the earlier, decorative ornaments with the modern. 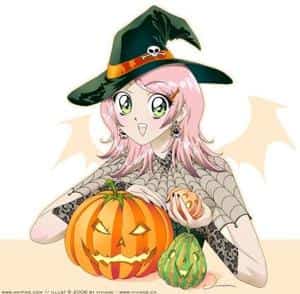 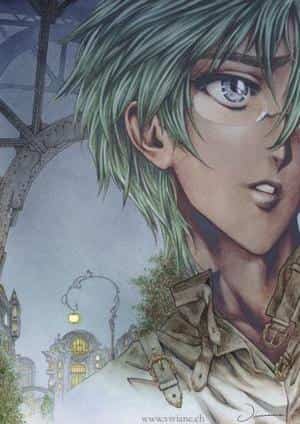 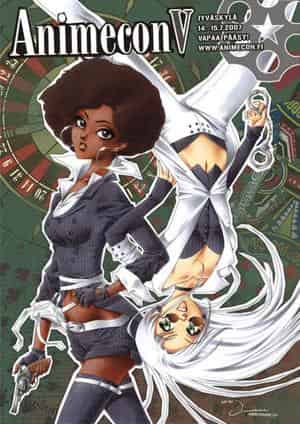 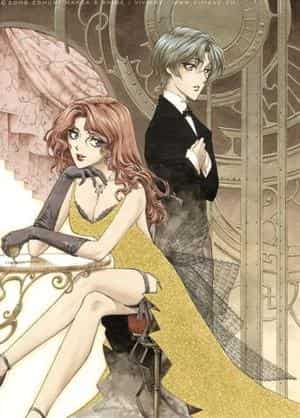