My contribution to the Manga Talents 2008 competition.

At the last minute (and I mean that literally) it was only finished.

a being (angel, elf .. etc was still open) emerges from it.

Somehow I couldn't implement this idea and so it only worked out with the sketch on this Monday ...

Since time was so short, I wanted to draw a picture with little detail, but in retrospect, there were more and more

and so the outline phase dragged on longer.

I finished it on Tuesday afternoon (because I also had to work before that ..) and only then did I start coloring

At first it was really fun until it got a bit tight, but I still made it. XD At 3 o'clock on Wednesdays it was finished, so I

I knew it was going to happen that way. > << br />
Actually, I wanted to keep the picture mostly gray, but found a color picture better. (-_- I regret it.)

Now to the content of the picture, if anyone is reading this at all. XD

It's about Lucifer (I kind of like the Fallen Angel story a lot).

Left * pointing to the girl * is supposed to be the fallen angel, that's why she only has one wing.

She cries because she regrets that she has committed a sin, but she can't go back either,

because the mistake she made in the past catches up with her again and again.

(Hence the chain that keeps her tied to it and the clock that symbolizes the past.)

Behind it you can see several white and one black feathers in this green box, because Lucifer

has always been different from all other angels.

The flowers on the right are ornament XD, the ravens, on the other hand, represent something sinister, for the

Then there is this guy in the middle.

What it's all about is up to you.

I was thinking here that Lucifer loved him but couldn't cope with the feeling and
him
therefore lost to death.

Nyo, that was a lot about this picture and because of the lack of time I didn't get around to this text

regardless of what the draftsman intends.

Although it's great when someone understands the point.

Last but not least:

I see the many mistakes, but I don't care now.

I can't change it anyway and next time I'll try to manage my time better.

As always, I would appreciate your feedback. ^^

Good luck to the other participants! ; 3 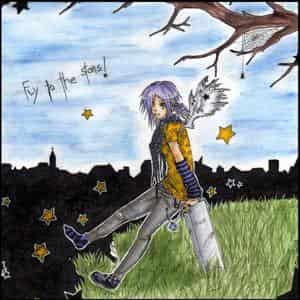 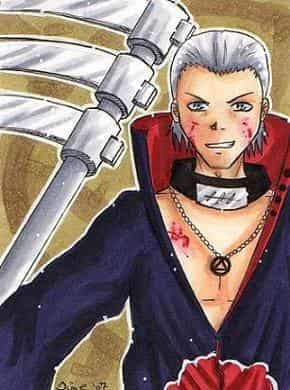 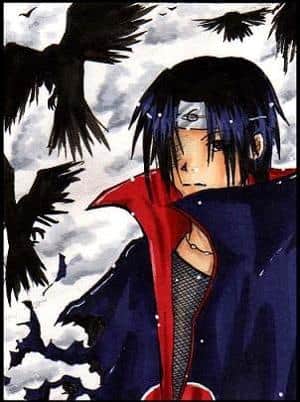 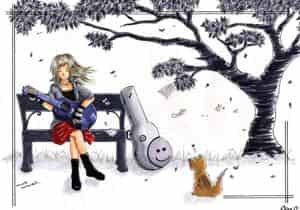 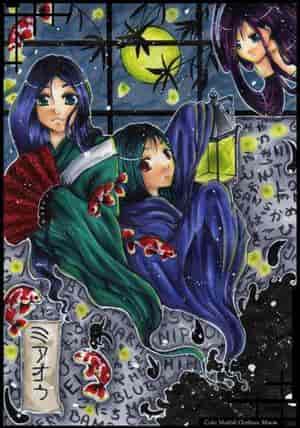 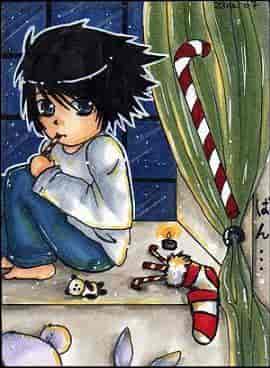